From time to time the society recognises the significant long-term contribution made by an individual to coastal knowledge, understanding or management (or to the society) by awarding life membership to the society. To nominate somebody for lifetime membership, please first read the Life Membership Selection Process and Criteria and then complete the Life Member Assessment Template and Guide. 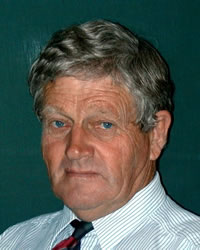 John Duder deservedly became the first Life Member of the Society at the 2006 Conference held in Kaikoura. This was a fitting tribute, given in recognition of his substantial contribution to the Coastal Society as well as to science and engineering in relation to the New Zealand coast.

John’s specialist fields are water resources and coastal engineering. He was appointed a Director of Tonkin & Taylor in 1982 and retired in 2003 to practice on his own account. After working for a consultancy in London early in his career, he was based in New Zealand and worked on numerous projects overseas.

As a practicing engineer, John has also provided support to students and peers throughout his career. He has lectured part-time in New Zealand, contributed to over 30 technical papers to various publications, and has delivered lectures and presentations to various seminars and courses, both in New Zealand and overseas.

John’s commitment to the coastal profession has extended throughout his career, through his involvement with the Coastal Society, in his membership of the IPENZ Standing Committee for the Environment and Sustainability, and in his practice of coastal engineering. John was made a Fellow of IPENZ in 1995 and was awarded the IPENZ Professional Commitment Award in 2004 in recognition of his significant contribution to coastal engineering in this country.

Outside the profession John is a keen sailor and has been a trustee as well as servicing as a volunteer deck officer for the Spirit of Adventure Trust. He has been involved with the Trust for over 30 years. John has also been active in local government with several years’ service as a member of the Devonport Community Board.

John’s role with the Society began with its very inception.  It was during the 10th Australasian Conference on Coastal and Ocean Engineering, chaired by John, that a group of New Zealand participants met with representatives of the Australian National Committee on Coastal and Ocean Engineering to discuss establishing a similar organisation in New Zealand. Throughout 1992, John was part of a small team that included Andrew Laing, Terry Hume, Robin Falconer and John Lumsden, that set about organising the New Zealand Society for Coastal Sciences and Engineering.

The name, of course was later changed to the New Zealand Coastal Society, but the strength of the organisation today is due in no small part to the enthusiasm of people like John and his role in ensuring that the Society was properly established on solid foundations. 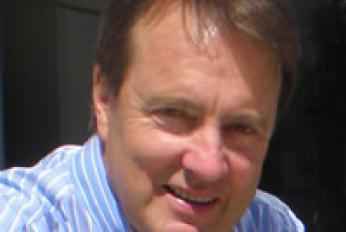 John Lumsden received the Life Membership of the Society at the annual conference dinner held in Tauranga in 2007. John was the second recipient of the award.

John Lumsden is principal consultant in a Christchurch based consultancy and has over forty years professional engineering experience, with specialist skills in coastal engineering and resource management.He also has twelve years experience working as a hearings commissioner on a variety of resource consent proposals. His work has featured integration of coastal and ocean sciences into coastal zone decisions. He has authored or co-authored over 60 reports and technical papers.

John helped establish the New Zealand Coastal Society in 1992 and was founding chairman. John remained on the NZCS Executive Committee until 2007, with only a couple of years off the committee during that time, applying his extensive knowledge to progress the Society and overseeing the production of Coastal News. John is truly a foundation stone of the Society who was instrumental in progressing the Society to where it is today.

Indeed, when the NZCS Executive Committee put in place the requirements for Life Member in 2006, it was John who drafted those and who sought that it only apply to those persons who had retired from work. The Committee saw fit to tweak the requirements knowing that John would be a worthy recipient.

After graduating as a civil engineer from the University of Canterbury John worked as a structural engineer in Canada for several years, returning in 1974 to join and become a director of Christchurch-based Morris & Wilson. Here he specialised in coastal and ocean engineering before becoming Project Director at the Centre for Advanced Engineering at the University of Canterbury in 1989, where he has worked on risk management, waste minimisation, energy efficiency, oceans and lifelines projects. John has achieved as much in these areas as he has in the coastal engineering field.

John has extended a comprehensive career in coastal engineering and resource management by establishing his own consultancy in 2004 and is far from retired just yet. However John has more recently found the time to take regular skiing holidays to Canada and to visit his children in Christchurch, Vancouver, and Perth.

John has been on the organising committees of many other conferences, seminars and workshops, including the 2000 Our Oceans conference, and the 2006 NZCS Annual Conference held in Kaikoura.

John Lumsden was elected a Fellow of IPENZ in 2004 for his contribution to the advancement of engineering practice; specifically recognising his leadership in the development of coastal engineering practice in New Zealand. He was one of the first coastal engineers to recognise the need to go under water, and a feature of his work has been the integration of coastal and ocean sciences into engineering decisions concerning the coastal zone. His service to the New Zealand Coastal Society and IPENZ has been exemplary. 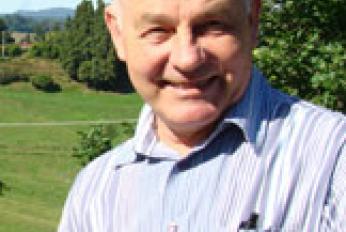 Professor Terry Healy died on 20 July 2010 after a long battle with cancer. Prior to his death his outstanding contributions to science were acknowledged with a Queen’s Birthday honour, a University of Waikato Medal and the life membership of the New Zealand Coastal Society.

Terry Healy was honored by the cream of the coastal management industry in May with a life membership of the New Zealand Coastal Society. Widely regarded as New Zealand’s pre-eminent coastal scientist, Professor Healy is only the third person – and the first scientist – to be awareded life membership of NZCS.

The honour was conferred at a special awards dinner in Hamilton attended by 85 colleagues, Society members, ex-students and family of Terry. The life membership award acknowledged Terry’s substantial contribution to our understanding of New Zealands’ coast over the past 40 years. He was Waikato University’s Research Professor of Coastal Environmental Science.

Terry spent a lifetime researching coastal erosion, sedimentation and hazard management, including tsunamis, and applying his environmental expertise to port and marina developments around New Zealand, from planning and development to management and monitoring of issues such as dredging and spoil disposal.

Professor Healy was one of the first members of NZCS and assisted the professional careers of many of our members. Since his elevation to professorship in 1990, Terry had built the Coastal Marine Group at Waikato University into the leading research group of its kind in a New Zealand University. In the 1990s the group was recognised as a Centre of Excellence for its research by NIWA. Terry also led coastal marine science research projects in New Zealand – particularly in the Bay of Plenty – in the Baltic Sea, the North Sea, Japan, and the United States.

His professorial Chair, sponsored by the Port of Tauranga Ltd since 1990, was the first Chair in Science to be sponsored by industry in New Zealand. Terry was also Adjunct Professor at Nanjing University, China, serving in that role since 1995. Terry was the major driver behind the New Zealand and Germany INTERCOAST (Integrated Coastal Zone and Shelf-Sea Research) initiative – a collaboration between Waikato University’s Coastal Management Group and Bremen University’s Marine Environmental Research Centre. INTERCOAST receives funding from the German Research Foundation DFG to train up to 39 PhD and post-doctoral scientists to tackle the challenges associated with coastal and shelf-sea areas subject to significant global changes.

His research assisted port and regional authorities across New Zealand in managing their operations efficiently and in maintaining the environmental health of harbour and coastal environments. In the 1980s he advocated for using knowledge of tides and currents to build beaches with sand dredged from navigation channels – a strategy that is now commonplace.

International recognition for his work includes acknowledgement as a ‘Top 100 Scientist” by the International Biographical Centre, Cambridge UK. He was the first New Zealander to receive the Alexander von Humboldt (AvH) Foundation Preistrager Award in 1997 after winning three Humboldt Fellowships in 1978, 1985 and 1989. Other Fellowships included a Fullbright, and research and invitation Fellowships from the Japan Society for Promotion of Science Research.

Terry was the director of US-based International Coastal Educational Research Foundation from 1989 until his death. The foundation publishes the leading international journal for coastal science and engineering, the Journal of Coastal Research. He also served as vice-president of the Scientific Committee for Oceanic Research of the International Council of Science (UNESCO).

In New Zealand he was a leading member of the Royal Society and served as New Zealand’s primary advisor to Civil Defence on tsunamis. In 2003 he was elected a Fellow of the Institution of Professional Engineers of NZ (IPENZ) – only the second non-engineering graduate to be accorded the honour.

As an educator, Terry developed a range of courses in coastal and marine science. During the 1990s when coastal issues became very important under the Resource Management Act, his third-year paper on coastal processes and management became the largest in the School of science. Terry said his main forte was supervising student research, and that he encouraged his students to treat him like ‘a sports coach’. During his academic career he supervised 119 postgraduate students. 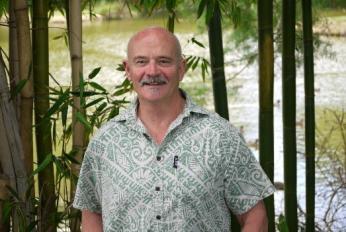 Terry Hume became the fourth ever member to receive the Society’s Life Membership. Terry was presented with the award at the Society’s annual conference held in Auckland during 2012, where the New Zealand Coastal Society was celebrating its 20th anniversary.

With over 35 years’ experience as a marine geologist and coastal oceanographer, NIWA Principal Scientist Dr Terry Hume has been at the forefront of research on New Zealand’s Coastal Environment. He’s one of a handful of coastal scientists working in New Zealand who in the truest sense wrote the book on our coastal environments. For example, in the late 1980s Terry and Ed (CE) Herdendorf classified estuaries into 16 geomorphological types. This work developed into a rule-based GIS classification in 2007 and is used throughout the world to assist in the management of estuaries.

Terry led the initiative to develop Coastal Explorer, a web-based database that provides basic information on the open coast shoreline and estuaries. The government-funded web tool is used by councils, Surf Life Saving New Zealand, and the public to help them better understand environmental change and coastal hazards.

At the local level, he has worked with councils, communities and schools to develop local adaptation strategies to climate change, and to identify ways to incorporate those strategies in coastal planning documents. He’s also been involved in research projects to determine societal planning for natural hazards and has been involved in initiatives such as the development of Cam-Era video monitoring that supports councils in monitoring and managing their coastal environments.

In 1988 he became Group Leader – Coastal of the Marine and Freshwater Division of the Department of Scientific and Industrial Research (DSIR), a role he continued in when DSIR transitioned to NIWA. As a Principal Scientist, he went on to lead NIWAs programmes on Coastal adaptation to climate change and coastal movement and sediment storage. He’s also held several management roles within NIWA, including his current position as National Projects Manager.

Terry’s commitment to sharing ideas and knowledge about our coastal environment is legendary. He was one of the early supporters of NZCS and a member of its management committee from 1993 to 1994, and again from 1999 to 2004 as Editor of the Coastal News. Since 1993 he’s taught at the tertiary level for both the University of Waikato and the University of Auckland. He’s been a certified RMA Hearings Commissioner since 2006.